Today, our perceptive apparatus itself is incapable of arriving at any conclusion: it just clicks its way through the endless, digital net. Our senses are completely distracted. Yet only contemplative lingering manages to achieve any meaningful end. Shutting one’s eyes offers a symbol for arriving at a conclusion. Abrupt change from image to image, from information to information, has made any such contemplative conclusion impossible. If all that qualifies as reasonable is a syllogism – a conclusion – then our era, the age of Big Data, is an epoch without reason.

Big Data and a movie camera

“One may understand Big Data in analogy to a movie camera. As a digital magnifying glass, data-mining would enlarge the picture of human actions; behind the framework of consciousness it would then disclose another scene shot through with unconscious elements. Big Data’s microphysics, then, would make actomes visible – that is, micro-actions that elude detection by the waking mind. Thus, Big Data could also bring to light collective patterns of behaviour, of which individuals are unaware. This would render the collective unconscious accessible. In analogy to the ‘optical unconscious’, one could call such a microphysical or micropsychical web of relations the digital unconscious. As such, digital psychopolitics would be in the position to take control of mass behaviour on a level that escapes detection.”

And that's how worldwide consensus can be manufactured. Then, if someone suggests that something like that is possible, it is readily discarded as a non-sense.

On publishing anonymously, without feedback and stats

I've found an interesting thought written in (or by) An Echo of Lost Thoughts. I do agree that writing anonymously helps to focus on the ideas rather than who wrote them; it eliminates distractions.

The lack of (easy and convenient) interactions in a platform like W.a. is a useful thing; no comments, no 'likes', no feedback (at least not by default) helps with our addiction to dopamine. We still have 'mentions' (like the one I'm doing in this post), but it requires a bit more effort than just pressing the 'like' button, so it is way less common (unless you're Inquiry).

Still, we have some basic stats. How many people viewed this post? W.a. answers that — not sure how accurate that answer is, though. I would prefer no stats whatsoever since I know I can't ignore them.

Yet, one mention here and there, or knowing that some people read your post, gives some motivation to keep writing. Still, the goal should be to unlearn this idea that we have to profit from everything we do, even from jotting down some ideas that, most likely, are not even truly ours.

How does it help you to think that the world conspires against you?

The question arose in the middle of a conversation with a friend about ... vaccines.

These discussions follow a predictable pattern: after a negative answer to the question: are you vaccinated?, follows another one: are you an anti-vaxxer?, then the conversation invariable reach the point where I am — directly or indirectly — accused of being a conspiracy theorist.

Reasonably, touching upon the virus (and the vaccines that allegedly will save us from it) almost certainly guarantee some controversy—and rightly so, we're all worried about it, some even scared to death. When dealing with these topics, I usually ask: What is an “anti-vaxxer” for you? (“anti-covid19-jab”, replied my friend this time). What a conspiracy theory exactly means for you? Usually, they mean lies or misinformation.

It is worth noticing how overused the term “conspiracy theory” is. Many argue that this term (and many others) has been purposefully implanted in our common vocabulary by sophisticated propaganda machinery—nowadays, I tend to agree. Even more interesting, people who claim to possess a strong “scientific thinking” are the same ones who abused this term. Grossly simplifying the scientific method (which any scientific thinker should follow), we have:

Discarding an idea upfront arguing it is a conspiracy theory is an easy solution to the problem of being faced with a hypothesis that does not match our preconceived conclusions, conclusions that more often than not we did not reach, but just consumed. It is difficult (or I should say impossible) to exercise our scientific thinking in a world that made us consumers, where we conveniently choose to consume conclusions rather than build our own.

If we look back at many important scientific discoveries, the people behind them must embrace a profound counterintuitive thought. If Copernicus, then Kepler and later Galileo would have discarded the idea of a heliocentric universe (which now we know it is not accurate either) as a conspiracy theory simply because it sounded absurd at the time, we probably would still believe that our planet is the centre of the universe.

A dissenter, someone resisting the temptation of quickly accepting what other people say as the ultimate truth, even if those people seem to be the majority or are THE experts, is not a conspiracy thinker — it does not make him right either. Majorities may also be wrong; experts can be corrupted. We must not delegate our critical thinking to either the masses or the experts.

Let's not forget either that while we are hyper-focused on the pandemic and its terrible consequences, the world is still facing more challenges, and changes are taking place while nobody is paying attention. One example of this is everything going on around central bank digital currencies (CBDC), which would have far-reaching implications for the world if it becomes a reality.

Of course, I don't think the world conspires against me. But I'm simply a sceptic, a critic, and even a pessimist. I've made, to the best of my capability, an informed decision about (not) getting the jab. Right away, I must accept the possibility of being completely wrong, that my concerns might turn out to be unfounded. But pretending to cancel my perspective with terms such as antivaxxer or conspiracy theory does not help anyone.

In the end, we (my friend and I) had to drop the conversation and agree to disagree. His question got me thinking of a slightly different one:

How does it help the world the way we think about the challenges we now face? 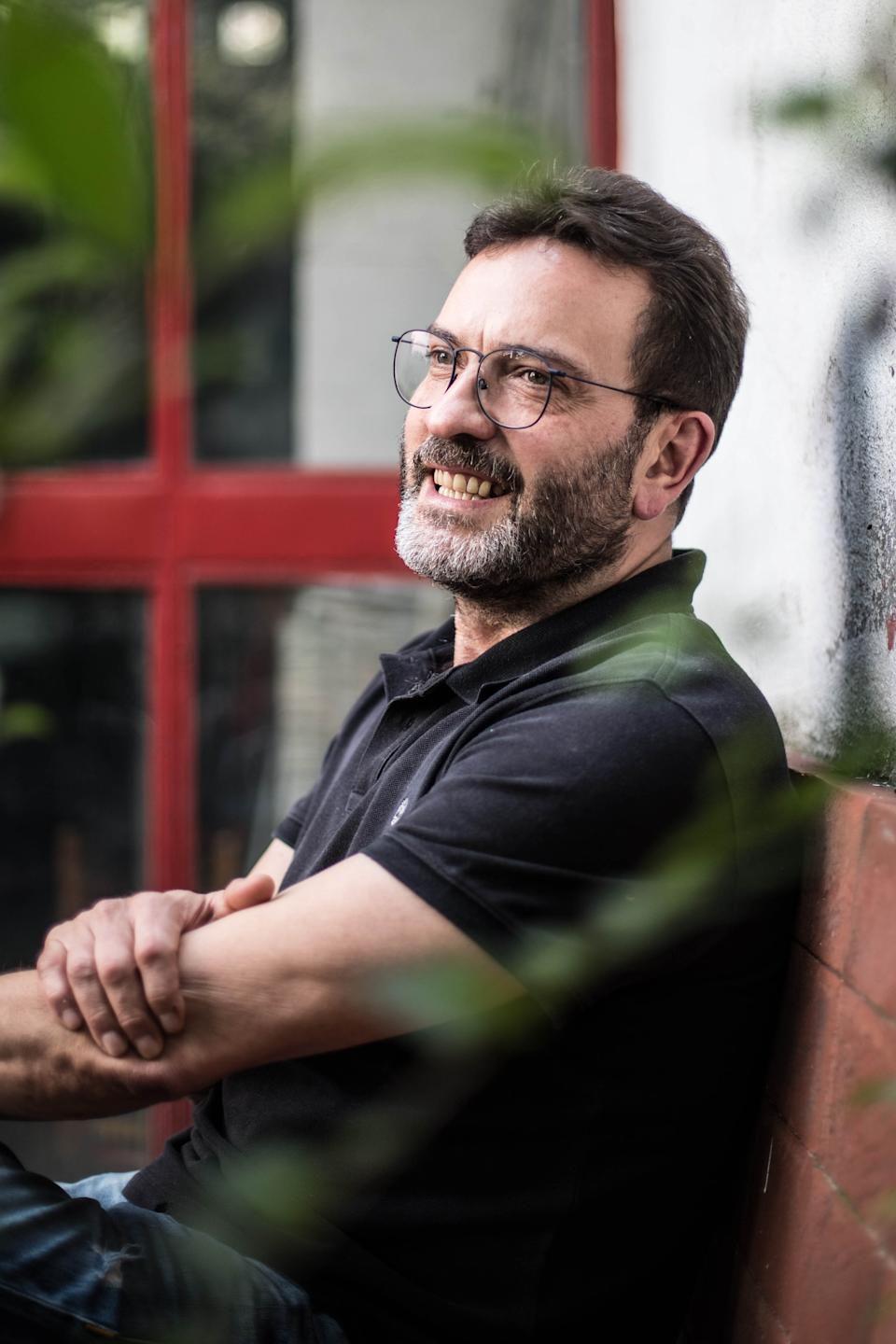 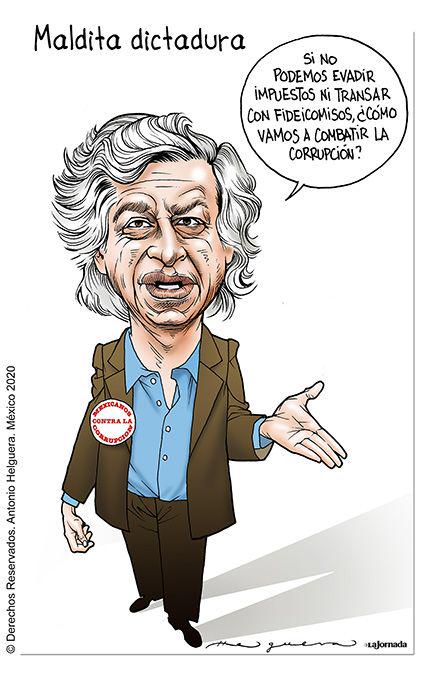 Words from an anonymous person*

when the compliant took the jabby that others forsook

they were allowed to get together

because the pass protected the wearer

from those that were too dim to see

the disadvantages of being vaccine free

this brave new world was here to stay

and all willing to conform giving priority way

into places protected from those that neglected

to care about others by rejecting being injected

in this newest version of democrazy

as compliance to experimental gene therapy

we all must listen to those that are driven

to manage our bodies with scholarly wisdom

that come from schools where pharma money rules

that feeds the minds of those that can know

only of what the funders decided to sow

as truth and right how dare the bright

fear is always the worst contagion

and those that manipulate ours want to dictate our salvation

with “vaccines” and masks and jabby safe pass

the only inoculation needed

is the one against humanity divided, misled, mistreated.

*sent to me by email.

#100DaysToOffload #Negativity (78/100) P.S. This post is part of an experiment about negativity (read about it).

Keeping a public blog and claim we write for ourselves seems contradictory; if that were the case, we would dump our words in a local document; we do write for others. That does not mean that the sole act of writing isn't beneficial in and of itself; it is. However, communication happens when someone else reads. Ideas are captured in words, and they become as seeds, patiently waiting for the possibility of germinating in the mind of a reader. Fundamentally, communication equals the spread of ideas.

Readers motivate writers to keep writing, good writing pieces motivate readers to keep reading, and motivation is vital for both writing and reading.

What is your motivation as a writer?

In my case, when going through difficult times, writing helps me to take some perspective and to get my mind right. Sometimes writing is simply a coping mechanism; when something is bugging me, writing it down helps me to let go—although it does not address its root cause. Full of shame, I must accept that when someone reads what I write, that makes me feel somehow important.

I aspire to write for less selfish purposes, though. I have to find a way for the words typed on this keyboard to become a medium for important ideas to spread, reducing any trace of narcissism to the minimum.

What is your motivation as a reader?

Usually, I read because I want to learn something new. However, learning is hard. Thus the kind of reading necessary for that is never effortless. It is not uncommon for me to spend waste time reading things that I know are at best irrelevant, a mean to get entertained.

I'm trying to be more selective regarding my reading preferences, filtering out external and invasive “suggestions” about what I should read about. I must “protect myself from what I want” in order to find what I need.

What are the ideas worth spreading?

I don't have an answer for this one. I have the feeling that the worthiness of ideas never correlates to their popularity. Ideas should be of capital importance, beyond who write them, who read them and what medium is used to spread them.

We have memories, which somehow brings us backward. What happens while thinking about the past? In which direction time flows?

And no matter where our mind dwells, we make choices, small and big. Is it possible to know, a priori, the importance of each decision?

What happens when each living being makes a decision, big or small? Does a parallel universe spawn?

Or maybe, just maybe, we live in a deterministic reality, fooling ourselves with our free will.

And maybe time is not a line but a circle.

Then, if causality holds, it is also true that an hurricane that will occur on the other side of the globe is responsible for the flying butterfly on my garden at this very moment.

And that your reading is causing my writing as well.

Do not manipulate the experience

The frustration turns into overwhelmedness. Overwhelmedness becomes irritability, inadvertent outbursts even. Old memories bring back resentments I believed overcome. What others do (or don't), have (or don't have), their achievements, again feeds the envy.

Expectations, the root of all the maladies.

That task at work I thought would be straightforward and ended up being incredibly hard.

The plans for the weekend that could not happen (at least not exactly as planned).

The frustration for not speaking Dutch despite the (subtle but constant) social pressure; plus how others (ex-pats as well) do speak Dutch.

Then, I have to fix it and quickly get rid of my own expectations. Paradoxically, yet another expectation.

An ancient Zen teaching: “Do not manipulate the experience”

Whatever thought or feeling emerges, let it be. When it fades away, let it go. Things come and go without intervention. Being ignored or being listened to, feel angry or joyful, understand or being understood (or neither). All the same. When the experience is not manipulated, it is all the same.

No problem. No solution.

#100DaysToOffload #Negativity (77/100) P.S. This post is part of an experiment about negativity (read about it).